Specialists in creating the perfect environment

Get a free quote or premises visit

Need a free quote for an installation or repair? Let us call you.

How Did People Keep Cool Before Air Conditioning?

Keeping cool these days is easy. Just switch on your air conditioning unit, set the thermostat, and lie back as your house cools to the optimum temperature. It wasn’t always this way though. Air conditioning wasn’t invented until 1902 when a 25-year-old engineer named Willis Carrier invented a machine that sent air through water-cooled coils. Before this time, people had to turn to somewhat less convenient methods for staying cool in the hot summer months. 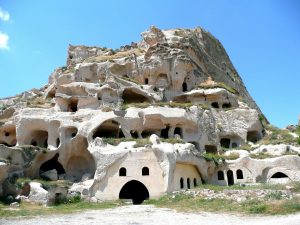 Even in our more primitive stages, humans had to find ways to survive and prosper through hot summers. Their chosen strategy was to shelter underground or in caves. The thick rock shielded inhabitants from the scorching sun and other hazardous weather conditions. This worked so well that entire cities were built underground. Cappadocia in Turkey is a great example of this.

Once brick houses were introduced, a feature of the typical home would be thick walls. This structural feature was implemented to mirror the efficacy of caves and similar rocky structures at regulating internal temperature.

Another structural feature of the home that was used to regulate temperature was high ceilings. High ceilings allowed heat to rise up and congregate at the top of the room. This left it cooler at the base. 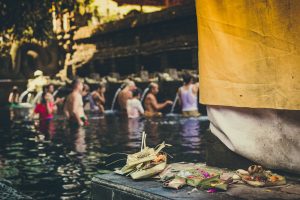 Large cities would implement public water fountains as a strategy to combat searing heat. These water fountains we much different to water fountains today; they were built as large troughs where people could wallow and submerge themselves to keep cool. The fountains were effective at keeping residents cool, but sharing water (including with animals), coupled with poor sanitary standards at that time, bred diseases that would circulate through the population. 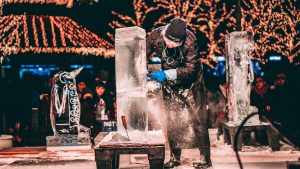 Another prevalent strategy was to harvest and store blocks of ice. During the winter, ice would be harvested from frozen lakes and other bodies of water. This was before refrigerators, so the ice had to be stored in specialised buildings, known as ice-houses, built with layers of insulation for the specific purpose of keeping items cold. Once it became warm, the ice would be sold to residents to keep them cool during the hotter months. Unfortunately, the success of this wasn’t consistent year-on-year. Some winters were colder than others, meaning ice was sometimes scarce and not available for everyone to enjoy.

Nowadays, high-quality air conditioning units are highly effective at cooling rooms of all shapes and sizes. At FM Mechanical, we’re dedicated to keeping our customers cool by providing top-of-the-range air conditioners from the world’s most revered and reliable manufacturers. We offer installation, maintenance and repairs on all the most notable air conditioning brands, helping homes and businesses alike stay cool through the summer months. If you’d like to enquire about any of the products or services we offer, give our team a call today.

This entry was posted in: General Interest

Why not bookmark the permalink?

Next Post: What Is Wet Bulb Temperature & How Does It Affect Us? »

We are proud members of

Ideal climate solutions for your interior

We use cookies on our website to give you the most relevant experience by remembering your preferences and repeat visits. By clicking “Accept”, you consent to the use of ALL the cookies.
Cookie settingsACCEPT
Manage consent

Any cookies that may not be particularly necessary for the website to function and is used specifically to collect user personal data via analytics, ads, other embedded contents are termed as non-necessary cookies. It is mandatory to procure user consent prior to running these cookies on your website.